The Cooperative Fernheim was founded on May 13th, 1931 as the first cooperative in Paraguay. This foundation surged from the necessity and poverty the pioneer settlers suffered from in the first years of their settlement in Fernheim. The pioneers, who were emigrants of European background, became aware that only cooperation would make economic and social development possible.

Originally, the Cooperative Fernheim had a grocery store and an office where they managed the members’ accounts and bills. But through the years they evolved into a modern cooperative venture. With more than 2000 members it is an entity of production and services known across the country.

The Cooperative Fernheim is a competitive and social competent institution, which includes good facilities, trained personnel and adequate technology for economic development.

The Cooperative Fernheim comprises of good relationships with other cooperatives and organizations like the government, clients and suppliers.

The Fernheim Cooperative provides economic and social benefits for all partners

Our fundamental values are: 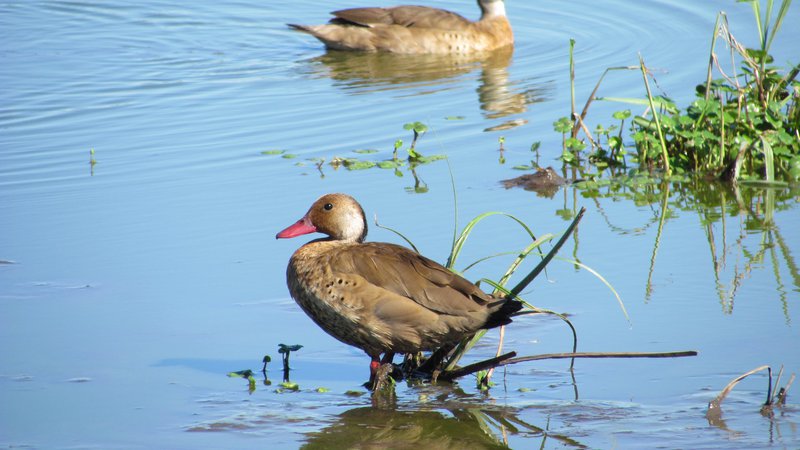 Fernheim is located in the Chaco. Its region is a semi-arid savanna formed by sparse forest and low trees. The abundance of its biological diversity comprises of animals like the taguá, the jaguar and puma, as well as reptiles, birds and little rodents. A big tourist attraction is the variety of the flora and fauna which comprises of 167 types of mammals, 701 types of birds, 100 types of reptiles, 46 types of amphibian, 230 types of fishes, 10.000 species of invertebrates, 13.000 species of vascular plants, 298 genera of trees and bushes divided into 767 species.

The Cooperative Fernheim has a diversity of nature reserves in different parts of the Paraguayan Chaco. The aim is to preserve the fauna and flora and to protect the ecosystem.

The word ‘Fernheim’ is a composition of two German words, which stand for ‘far away home’. Our ancestors came from The Russian Federation and found sanctuary in the Chaco, Paraguay. It is here where they founded our beloved and beautiful ‘Colonia Fernheim’.

In 1930, one thousand five hundred seventy two people emigrated from The Russian Federation and established the colony Fernheim.

Originally, they organized themselves in 12 villages of 20 – 25 farms each. The following years they added up other smaller groups and nowadays they are totalling up to 25 villages plus the city of Filadelfia. 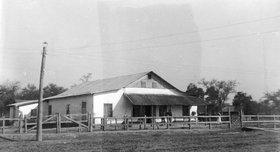 For the administration of the colonizing society and the coordination of the merchandising of the agricultural products, as well as the supply of consumer products, it was necessary to establish an administrative center. The decision was made to establish Filadelfia on the site where the city is currently located. Here they had found enough underground freshwater and it was the central point for all the villages. 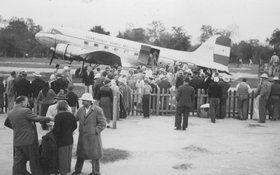 The first economic push for the Colony Fernheim came in the 50s with the so called ‘credit of millions’, from North America. The construction of the airfield for the communication via planes and the construction of the Highway ‘RutaTranschaco’ in the 60s helped freeing the colony of its isolation. In the last years of the 80s, they implemented the telephone line via the company Copaco, a few years earlier they used internal communication in the colony via the magneto phonic system.

The concern always was the supply of water. Every resident of the colony has a system of gathering rain water, which they accumulate in cisterns and tanks.

Fernheim lives economically ofthe primary and secondary production as established in the region: agriculture, cattle raising and dairy products. The colony founded a few industries in Filadelfia: the dairy plant (CO-OP Fernheim-Neuland), peanuts and sesame (Agrochaco) and livestock merchandising for the slaughter house (Frigochaco). All these generate a major amount of work positions and other services as support for the production. 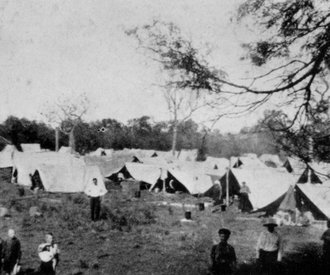 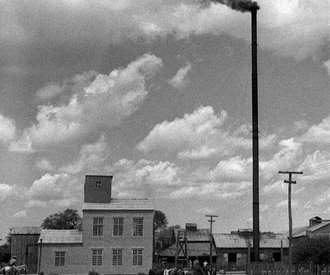 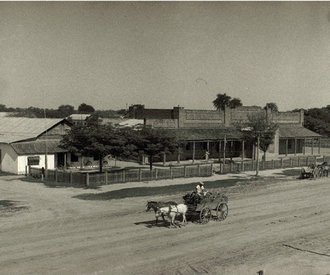 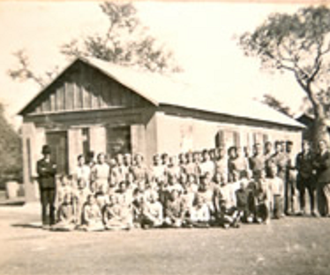 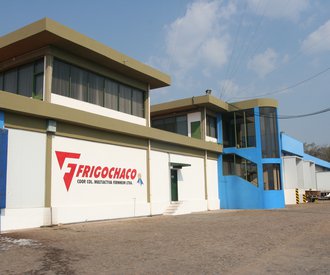 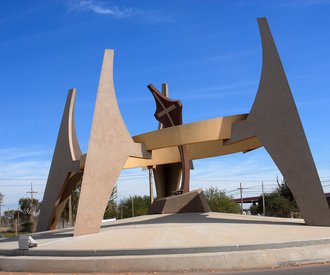